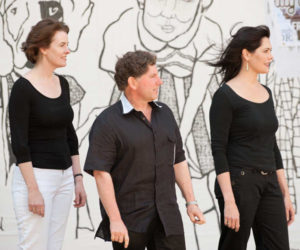 TriOtago is the name of the piano trio of the University of Otago, based in Dunedin, New Zealand with pianist Prof. Terence Dennis, violinist Tessa Petersen and cellist Heleen Du Plessis. They perform repertoire varying between the traditional classical repertoire, combining it with unusual works from all periods. They also include works by local composers and make use of different combinations of duo, trio and larger ensembles in one programme. For more information contact Heleen Du Plessis or music@otago.ac.nz

Terence Dennis was born in Christchurch, New Zealand, and is a graduate of the University of Otago, and of the Staatliche Hochschule für Musik, Cologne, Germany where he graduated Konzertexamen with Distinction. He is currently Professor and Head of Classical Performance Studies at the University of Otago Department of Music in Dunedin, New Zealand, the first performance staff member to be appointed to a Professorial Chair in this nation.

Terence Dennis has been much acclaimed both overseas and in New Zealand for his performances, teaching, masterclasses and presentations, regularly partnering leading resident musicians and distinguished visiting artists in recital. These have included such world-acclaimed international figures as soprano Dame Kiri te Kanawa (2007-2010), the national tour in 2009 with bass-baritone Bryn Terfel, bass-baritone Sir Donald McIntyre, tenor Keith Lewis, mezzo-sopranos Sarah Walker and Kathleen Kuhlmann, and soprano Margaret Marshall, and such international prizewinning string players as the German cellist Maria Kliegel, and the American violinists Ian Swenson and Charles Castleman.

Other performances of special note include the sellout recital in the Sydney Opera House with American soprano Alessandra Marc, for the Sydney Symphony’s “Great Performer Series” and recitals with bass Jonathan Lemalu in New Zealand and in the United States, including appearances together at the 2004 Salt Lake Winter Olympics Arts Programme. He has also partnered many of the rising young NZ international performers of the new generation such as soprano Anna Leese and tenor Simon O’Neill. 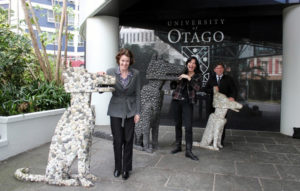 He has appeared as pianist in piano quartets and quintets with the NZ String Quartet, since 1981 pianist in the University of Otago Trio, and since 1991 he has been the official pianist for the finals of New Zealand’s most prestigious vocal contest, the Mobil Song Quests – now Lexus Song Quests, and has participated in NZ Embassy concerts in Washington DC, Paris, Bonn, and Singapore. He has been official pianist for seven international string competitions and been guest adjudicator for regional finals of the celebrated Metropolitan Opera Auditions Competition in the United States.

In 2009 and 2010 he was invited to the teaching staff of the prestigious Solti-Te Kanawa Accademia di Bel Canto in Castiglione della Pescaia, Italy.

His commercial recordings include the Piano Works of Liszt and Wagner, released in December 2007, and the best-selling classical CD in New Zealand in April 2008. He also recently recorded a 5-CD set of violin & piano works for Naxos, internationally released in 2010 with the celebrated Japanese violinist Takako Nishizaki.

Terence Dennis has given regular piano masterclasses throughout New Zealand, and in the United States, Australia, Japan, Korea, and Taiwan, and is a committee member of the Australasian Piano Pedagogy Conference. Terence Dennis is also honoured to be a Trustee of the Dame Kiri te Kanawa International Foundation.

Tessa Petersen, violinist, was raised and educated in Dunedin. She completed an Honours Degree in performance with Pamela Bryce-Dowsett at the University of Otago and led the NZ Youth Orchestra. A top student out of all fields in her graduating year, she was awarded a British Commonwealth Scholarship to pursue further study for two years at the Royal College of Music, London. Tessa went on to work with leading chamber orchestras throughout the UK. Married to American pianist John Van Buskirk in 1993, she moved to the USA where she was in demand as a versatile musician throughout the Northeastern states, working as a chamber and orchestral player, concertmaster, recitalist, adjudicator and teacher. Tessa taught at Colleges and schools in New England and has performed at the Aldeburgh (UK), Waterloo, Wolfboro, Mohawk Trail, Malboro, and Monadnock music festivals. In 2006 they decided to return to live in NZ with their two children. Tessa and John Van Buskirk perform as the violin/piano duo La Belle Alliance. 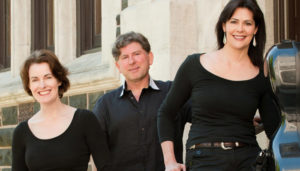 Tessa joined the Music Department of the University of Otago in 2007 and is currently Lecturer in Violin. She is President of the Strings Association of NZ (STANZA) and enjoys teaching and coaching young players. She regularly plays in the Dunedin Sinfonia. Upcoming projects for 2011 include recitals in the North Island and the USA, as well as a recording of works by NZ composers who have held the Mozart Fellowship at the University.

Triotago was featured in the Otago Daily Times |  Read article

A review of the inaugural performance of TriOtago | Click here